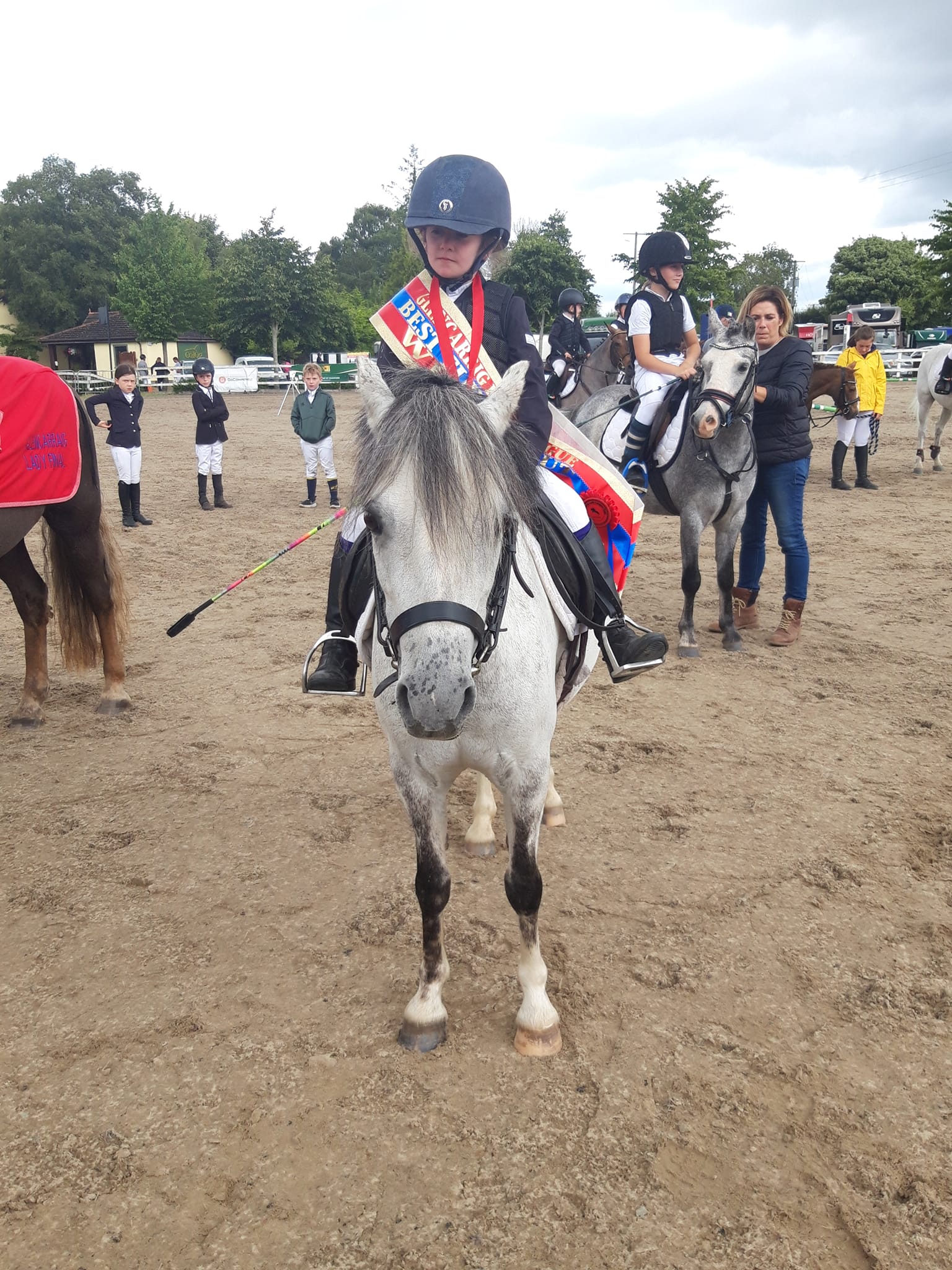 Posted at 22:30h in Uncategorized by Emer Bermingham
Share

The Glencarraig Lady League and Butterfly League came to an exciting conclusion last Sunday at Coilog Equestrian. The Glencarraig Lady League saw 20 finalists in the under nine division, while in the under 11’s 29 contested the final. In the new Butterfly league, which caters for under 13’s, nine contested the final.Finalists were treated to an array of prizes which was sponsored by Maureen who was also judging on the day.

First to take up the challenge, the under nine’s were up for the task,  with 14 of the original starters booking their place in the jump-off. Leading the victory lap was Julia Sheehan and Magneto Cobra, when they came home clear in 22.08. Slotting into second was Noah O’ Brien and Bella Ballany, clear in 22.16, ahead of Milly Draper and Spike B, clear in 22.58. A clear from Scott Doran and Breakfast Toast Coco in 23.56 saw them take fourth, ahead of Robyn Lynch and Alfie the Brave in 24.06. Completing the top six line-up was Saoirse Tracy who came home with nothing to add in 24.29 aboard Pepper and Spice.

In the under 11’s Max Doran delivered the winning round with BBS Silver Enigma when he came home clear in 21.43. Rachel Sheehan and Pineview Bo were fractions of a second behind in a time of 21.74 for second place. There was nothing between the next two placings as Charlotte Butler and Billy Two Shoes crossed the line clear in 21.75 for third place, ahead of Tara Kennedy and Hamptons Flicka, who galloped home in a time of 21.80. Accounting for fifth place was Anna Sarsfiled and Hardingville Lightening strikes, clear in 22.27, while in sixth place also in a very fast time was Tommy Moloney and Is Fearr An Starr, in a time of 22.78.

In the Butterfly League, just four combinations booked their place against the clock. Clinching victory was Heidi Smyth when she delivered a double clear with Adajeo, in a time of 21.97. A very popular runner-up was Hannah Bagnall and MLHR Bertie, who came home clear in 22.84. Lucie Dunne and Shotin The Breeze took third, when clear in 25.50, ahead of Kate Moor and Mysterix, in 26.02.  Fifth place was shared by Zoe Bagnall (Garraí na Geata’s Boy (5 YO), Georgia Kehoe (Kasala First Edition), Ruby Kelly (Killoran Bob) and Heidi Smyth (Whitehills Hector) all of which had one down.