Riders Shine in Adamstown and Flavours of Fingal 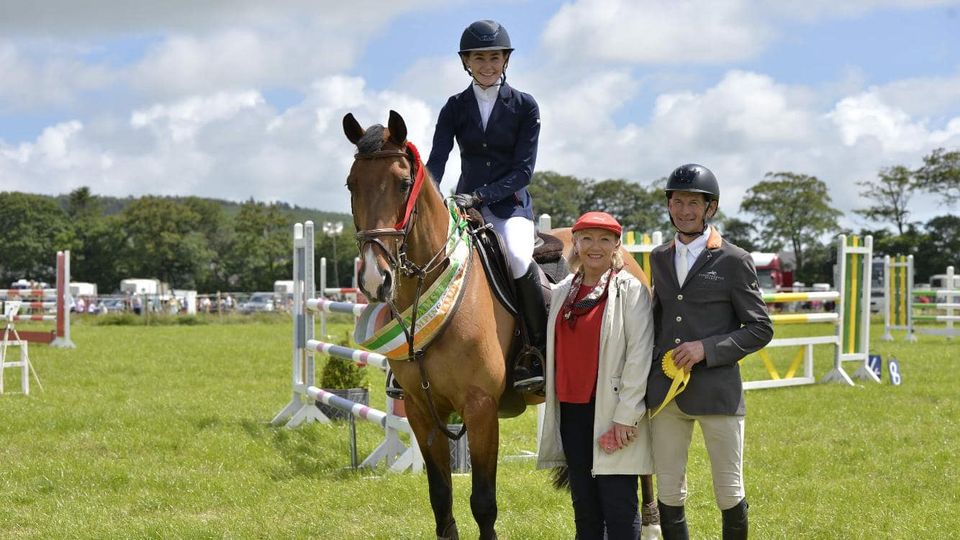 07 Jul Riders Shine in Adamstown and Flavours of Fingal

Posted at 21:35h in Uncategorized by Emer Bermingham
Share

A double bill of the Mervue Equine Leinster Tour took place in Adamstown in Wexford and Flavours of Fingal in Dublin.Winner of the 1.35min Adamstown was Francis Connors when he delivered the only double clear with Cohiba By Picobello Z in a time of 40.02. Owned by Alan Brisco and bred by Picobello Horses, the seven-year-old gelding is by Cornet Obolensky and is out of the Arezzo VDL sired dam, Jasmine.Deirdre Doyle proved that she could beat the time when she clocked 39.63 with BLM Authentic Diamond, but it came at a price as she crossed the line carrying four faults for second place. David Moran finished on a total of 15 faults with Bring Out the Barley in 58.60 for third, ahead of Brendan Murphy and PNP Rocco, who was fastest of the four faulters in the first round in a time of 76.89. Murphy took another share of the prize fund, slotting into fifth place with Hugh Fitzpatrick’s Erne River Run, when he had one down in the first round in a time of 80.56. Accounting for sixth place was Catriona Redmond and Emelee when she finished on her first round score of four faults in 87.37.Leading the victory lap in the 1.20m was Gillian Bond and Vicomte DH Z, when they came home clear in a time of 27.55. Christine O’ Donnell and Diamond Infinity took the runner-up prize, when they came home with nothing to add in 29.02. Third place belonged to Francis Connors and Primo Aliboo Blue, when they crossed the line in 30.56, while in fourth place was Catriona Redmond and Emelee after they stopped the clock in 32.28 Waterford’s Paddy O’ Donnell and the seven-year-old OCS Tolan stopped the clock in 38.09, ahead of Brendan Murphy and Erne River Run, clear in 41.14.Kilkenny’s Marie Hartley extended her place on top of the overall leaderboard with another win. Riding Nikita Van Het Heidenhof the amateur rider (AA) delivered the winning round of clear in 26.71 seconds. Wicklow’s Brendan Murphy took the runner-up spot when he partnered the eight-year-old Castlelawn Diamond to a clear in 26.84. Marie Hartley claimed another share of the prize fund when she also took third place with Scarthill when she clocked 27.91. Wicklow’s amateur rider Laura Walsh (A) was only fractions behind with Ballinaguilkey Heritage in 28.45 for fourth place, ahead of amaterur rider Hannah McNiven (A) and the eight-year-old Hey You in 29.52. Completing the top six was Christine O’ Donnell and Diamond Infinity in 29.77.