Victory for Mikey Pender in Barnadown 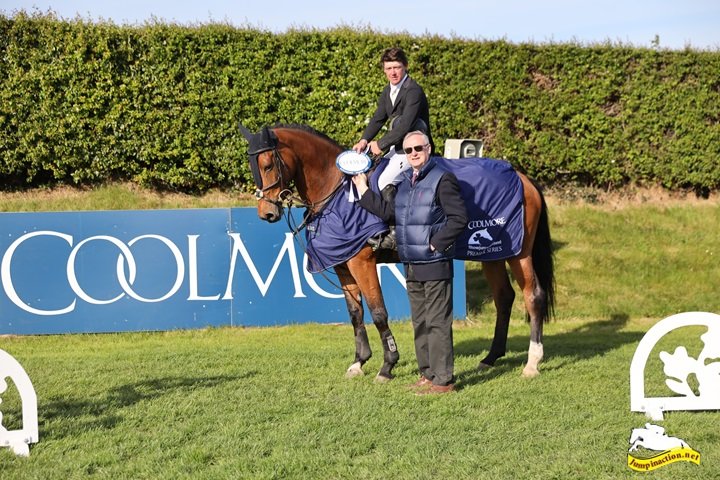 11 May Victory for Mikey Pender in Barnadown

Posted at 18:47h in Uncategorized by Emer Bermingham
Share

Barnadown once again proved to be happy hunting ground for Mikey Pender as he rode to victory in the Coolmore/ShowjumpingIreland Premier Series today (8th of May) at the Wexford venue. The Kildare rider, who had recently returned from international duty in the CSI5* in Mexico partnered HHS Los Angeles to a clear in a time of 40.76. Owned by Bravo Hughes Ltd and bred by Marion Hughes, this eight-year-old mare is by Le Roi and out of Cavalier Royale sired dam, China Cavalier. Pender had competed the mare earlier in the season in Vilamoura CSI3* and later in Vejer de la Frontera CSI4*.Carlow’s Jason Foley was last of the double clears with Clyde Va in a time of 46.12 for eventual fourth place. Owned by Castlefield Breeding Farm the 13-year-old stallion is by Caretino and out of Valentina VA. This combination had been in action earlier in the year in Vejer de la Frontera CSI4