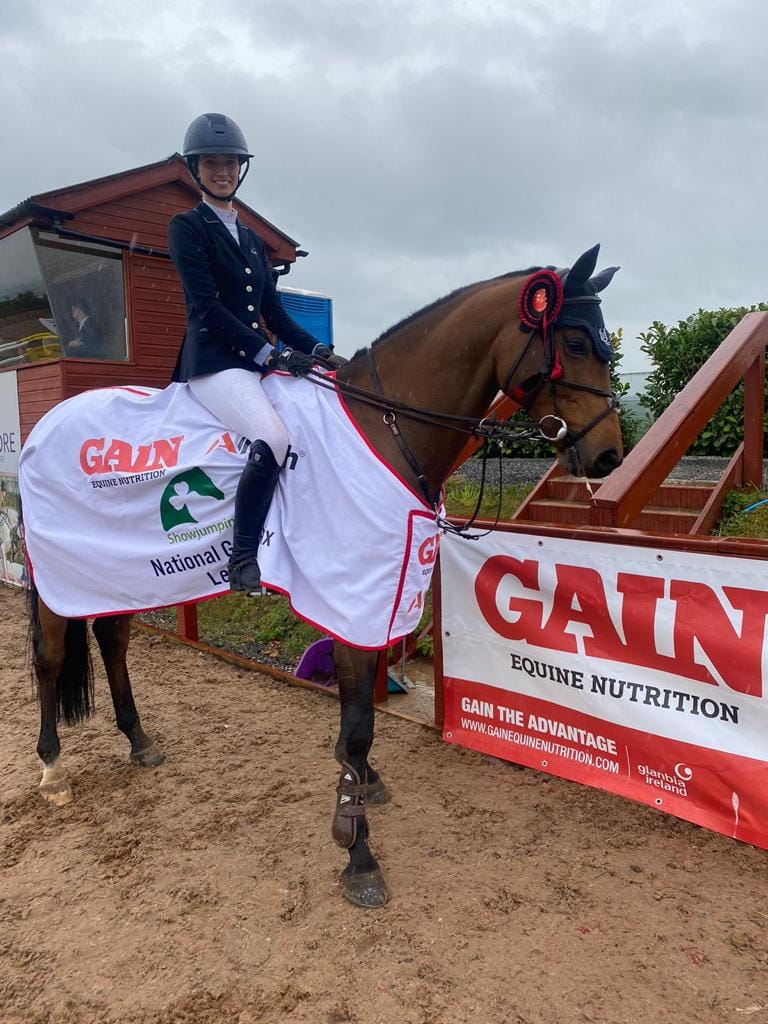 Posted at 14:13h in Uncategorized by Emer Bermingham
Share

Kilkenny rider, Susan Fitzpatrick emerged victorious in the second round of the GAIN Alltech tour at Portmore Equestrian yesterday. Riding her mother Sharon’s Keatingstown Skorphults Joker, she was one of just four double clears over the Rafael Suarez designed course . Fitzpatrick put in a blistering round and stopped the clock in a time of 40.69 seconds. This is the second good result for this combination having claimed the runner-up spot in the opening round in the Meadows, having returned from a successful trip in Vilamoura CSI3* and Vejer de La Frontera CSI4*Keatingstown Skorphults Joker is a nine-year-old German bred gelding. He was bred by Gestut Lewitz and is by Conthargos and out of the Chacco Blue sired dam, Chaccy Anne. A new mount for Fitzpatrick, the gelding was previously campaigned by Ian Fives and before this, Harold Megahey.From a field of 45 combinations, just 10 combinations secured their place against the clock. Fellow Kilkenny rider and Autumn Grand Prix Champion Eddie Moloney also had his eye on a win as he took it on with the Temple Alice. However, despite a gallant attempt he had to settle for second place when he crossed the line, clear in 42.45. Owned by Moloney and TSI Equestrian, Temple Alice is a 10-year-old gelding by Foxglen Cruise Control and out of the Rantis Diamond sired dam, Innishannon Shamrock.

Mullingar’s Francis Derwin was certainly on form as the accounted for the next two placings. The young rider filled fifth place with Killerisk Can Ya when he crossed the line with one on the floor in a time of 40.18. Owned by Francis Derwin Snr and bred by Maura Counihan, Killerisk Can Ya, is a ten-year-old gelding by Can Ya Makan and out of the Mermus R sired dam R Umonia 14.Derwin also had one down with AHG Whiterock Cruise Down but in a slower time of 49.69 for sixth place. This 13-year-old gelding is by Cruisings Micky Finn out of the Touch down sired dam, Whiterock Touch.