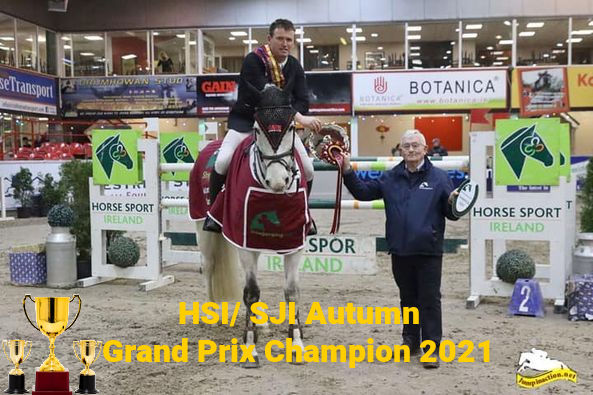 Posted at 12:26h in Uncategorized by Emer Bermingham
Share

Kilkenny’s Eddie Moloney and Temple Alice went into the final round as the league leader on 23 points and although he failed to pick up points in the final round, neither did his closest rivals. Moloney who had clocked up the points with Temple Alice took home €2,500 for his efforts. The combination has proved very consistent, clocking up points in four of the eight legs. Owned by Moloney and TSI Equestrian, Temple Alice is a nine-year-old mare by Foxglen Cruise Control and out of the Rantis Diamond sired dam, Innishannon Shamrock. Overall it was a good show for Moloney, who also won the 7 & 8 Year Old Autumn Development Series Final aboard Ardkyle B.