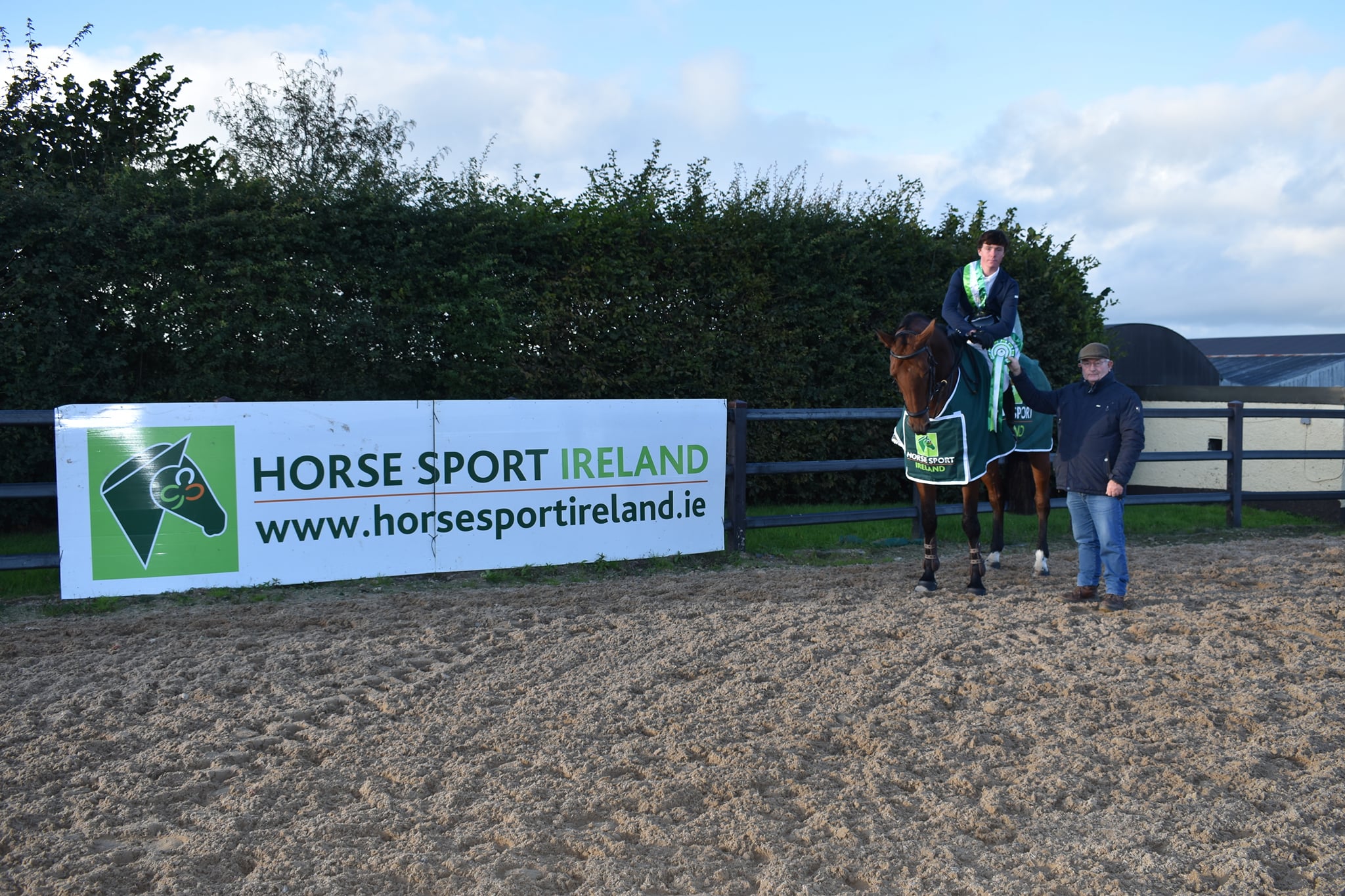 Posted at 12:25h in Uncategorized by Emer Bermingham
Share

Another good weekend for Athlone junior rider, Francis Derwin Jnr as he records his second victory in the SJI/HSI Autumn Grand Prix League. This week Francis claimed victory aboard Killerisk Can Ya, when clear in 35.54. Bred by Maura Counihan and campaigned by her up to 2020, Killerisk Can Ya, is a nine-year-old gelding by Can Ya Makan and out of the Mermus R sired dam R Umonia. Derwin is certainly on a winning roll having claimed the opening round in Mullingar with Deep Pockets.

Also in the line-up was Kildare’s Sean Kavanagh, who was last of the double clears with the seven-year-old Castle Lux Clover in 43.69 for sixth place. Owned by Aoibhin Phelan and bred by Jennifer Devlin, the gelding is by Boherdeal Clover and out of the Lux Z sired dam Cloonagh Luxury.

Earlier in the day, Kildare’s Derek Mcconnell tok the runner-up place in the 6 YR HSI Autumn Development Series . Riding Sorcha Hennessy’s Inlaws Manolo, he delivered a clear in 30.79. Winners in Balmoral, Orla Cassidy was back in the line-up, claiming fifth with Whitetree Endeavor