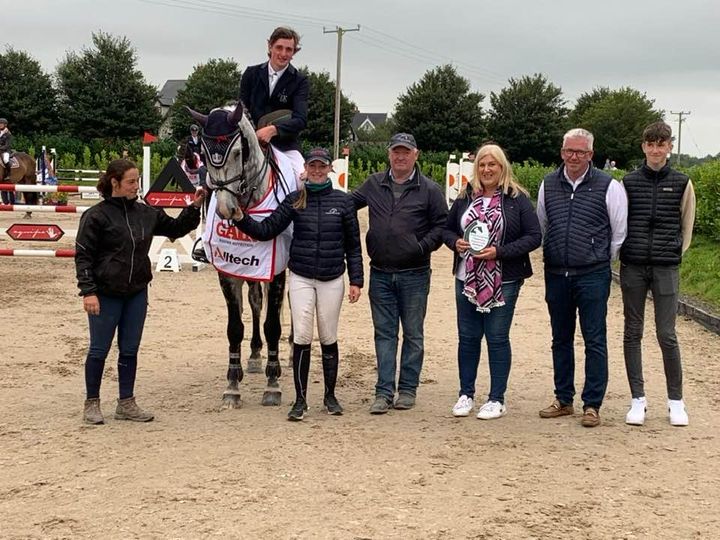 Posted at 21:46h in Uncategorized by Emer Bermingham
Share

It was a great day for Leinster riders as they claimed five of the top placings in the final of the GAIN Alltech National Grand Prix in Tipperary today. Taking the win was Brendan Murphy, while Francis Derwin and Deep Pockets took runner-up in the over all league

Wicklow’s Brendan Murphy emerged victorious in the final aboard City (LVM), when they crossed the line in 48.89 seconds. Owned by Helen O’ Regan and John Hoyne, City (LVM) is a nine-year-old Dutch bred gelding by Cicero Z and out of Camousine Z.Following closely behind was Edward Doyle, who was riding the Lisa Cawley owned Flexability in a time of 49.19.Susan Fitzpatrick and the Louise Quinn owned Ted Talks slotted into third, when clear in 50.43 for third place. Kildare’s rider Stephen Murphy and Chantelle, stopped the clock in a time of 53.54 for fifth. Completing the top six line-up was Francis Derwin and Deep Pockets, who had one down in 45.66. This was an important result for the young rider as it added four points to his tally and as a result finished as runner-up and was the leading young rider. Derwin also took seventh place with Killerisk Can Ya, when he crossed the line on four faults in 49.86.