All roads lead to Coilog Equestrian for the penultimate round of the Mervue Equine Leinster Summer Tour. 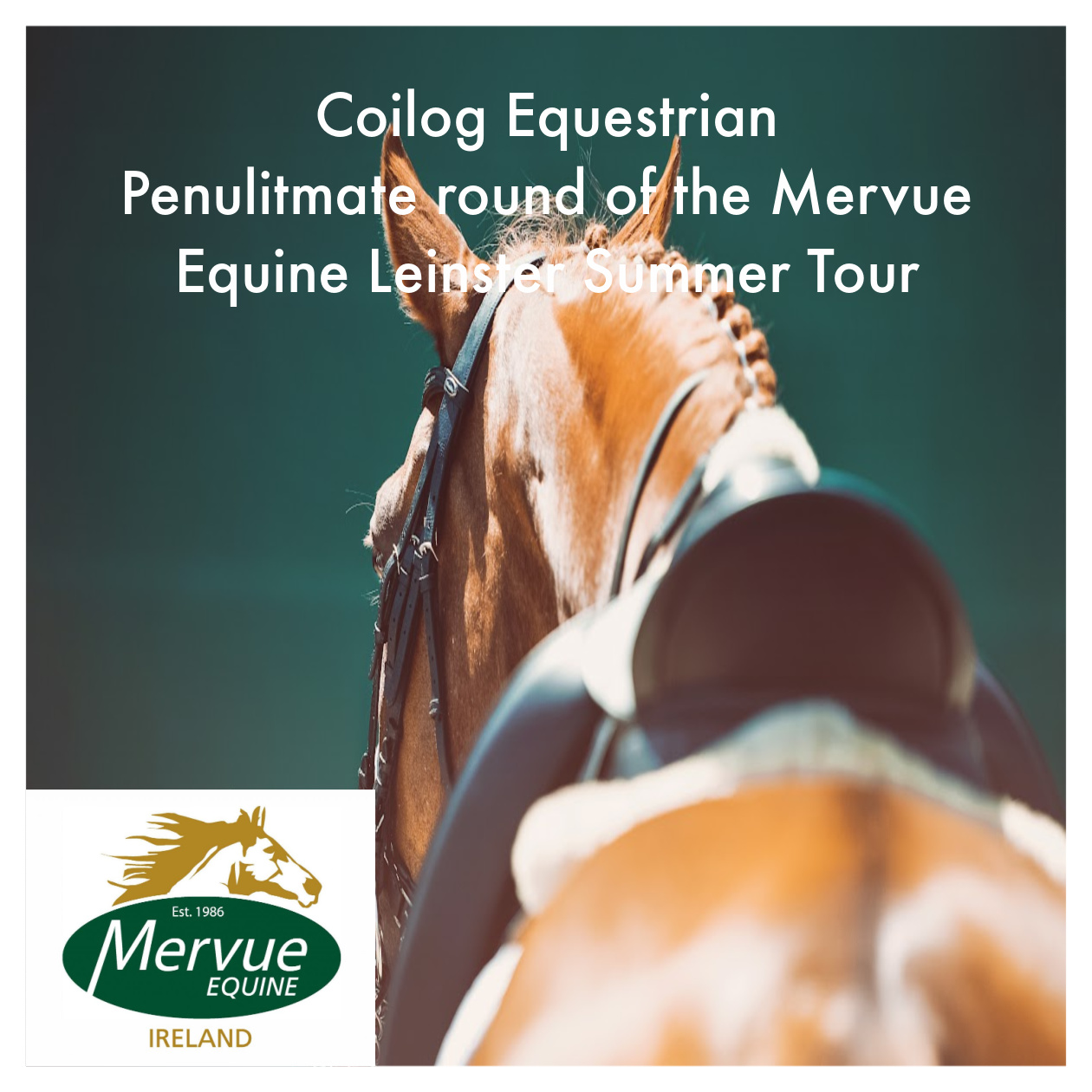 10 Aug All roads lead to Coilog Equestrian for the penultimate round of the Mervue Equine Leinster Summer Tour.

Posted at 13:37h in Uncategorized by Emer Bermingham
Share

Coilog Equestrian will play host to the penultimate round of the Mervue Equine Leinster Tour this Friday 13th August and it is expected that riders will travel in a bid to put them in to a good position before the final at the Irish Breeders Classic.

In the 1.35m division, little is dividing the top spots with Francis Connors and Rossa Lough Derg currently occupying the top spot on 27 points. Meath native, Gerard Clarke and Lupins Luz Z follows closely behind on 25 points. Both combinations have proved very consistent with both riders being placed in three of the rounds. Another combination to keep a close eye on is John Floody as he has clocked up 19 points with Donevan Erkindale. Sharing third place on the board with Floody is Paul Carberry and Brandonview First Edition. Carberry will also be looking to up his points and has proved very competitive in the past. In the young rider division of the 1.35m Jason Foley (Killosery Krescendo) and Jack Brennan (MHS High Hopes) have both clocked up eight points apiece.

In the 1.20m section it is again very close with Deirdre Doyle and BLM Authentic Diamond topping the leaderboard on 13 points. This combination has clocked up 13 points. Just two points behind on 11 points is Aoife Healion (Equita) and Gerard Curtin (Walking in Paris. Gerard Clarke also features in the leaderboard after clocking up seven points with Cyruso H, ahead of Aileen McDermott and Amber Balou. In the young rider division, Young rider National Champion Robyn Moran has clocked up six points to put her on the top of the leaderboard.

In the 1.10m it is a case of a battle of the women athletes as they currently occupy the top four slots on the leaderboard. Following a great season, Aileen McDermott currently holds top place on the leaderboard with her very reliable Amber Balou on 16 points. Mc Dermott is being chased by Aoife Healion and Equita who have clocked up 14 points. On form, having recently secured the National Young Rider title at Cavan last weekend, Robyn Moran will be one to watch having clocked up 12 points and taken third place in the standings so far. Aine Kavanagh and Market Angel have been placed in two rounds and this has seen her put eight points on the board and means she is currently in fourth place in the standings. Moran is currently top of the young rider leaderboard with European Cruise on 12 points.