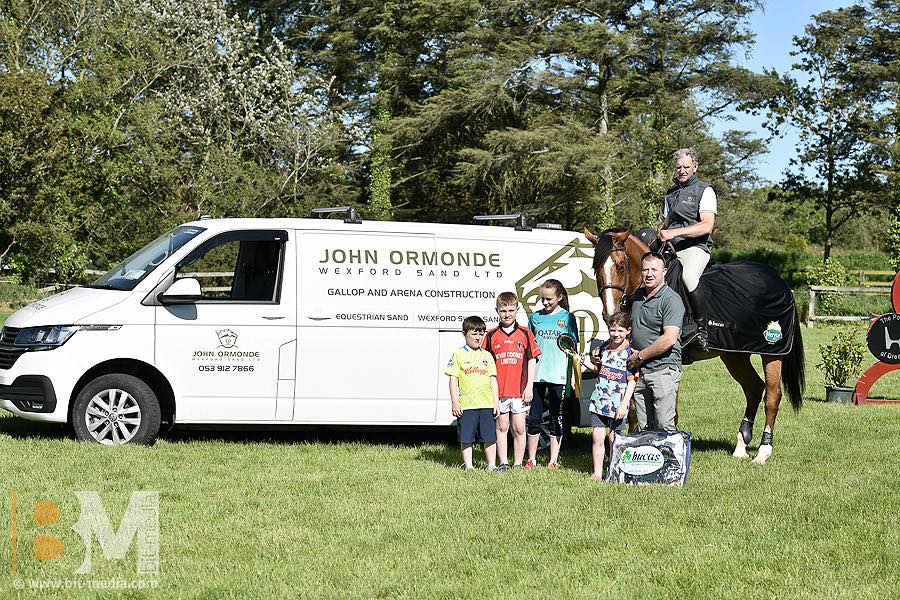 1.35m Mervue Equine Leinster Summer Tour WexfordKildare’s Edward Doyle came out on top in the John Ormonde sponsored 1.35m Mervue Equine Leinster tour at Wexford Equestrian today. Riding Gerard Campbell’s Guru he was one of only two double clears over the John Doyle designed course in a time of 44.39 seconds. Owned by Gerard Campbell, the 10-year-old gelding is by Cassini Gold and out of the Ovidius sired dam, Alexia.

Winner of the opening round in Barnadown, Francis Connors added to his tally when he slotted into second place with the Cathal Mc Munn and Carole Reape owned Rossa Lough Derg in 45.94.Nicholas Connors beat the time when he clocked 41.70, but it came at a price as he had one on the floor for third pace. Local rider Patrick Byrne had one on the ground with Anne Kavanagh’s Ballyorney Storm Boy, but in the slower time of 50.48 for eventual fourth. Winner of the Grand Prix the day before, Gemma Phelan added to her record sheet, when she slotted into fifth with her own Beechfields Billy Barnwell. The combination failed to proceed to the jump-off when incurring a single time fault in the first round. Also carrying a single time fault was Edward Doyle Jnr and Billy Cavatina, for sixth place.