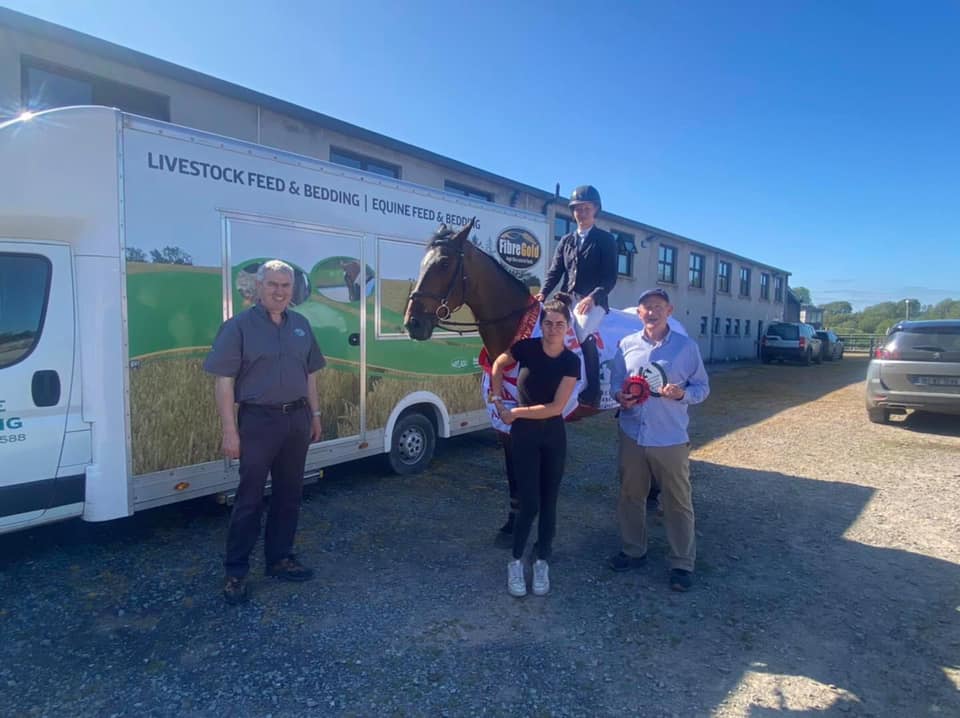 Posted at 21:34h in Uncategorized by Emer Bermingham
Share

It was victory for Waterford’s Gemma Phelan in the GAINAlltech Europe National Grand Prix sponsored by Kehoe Farming today in Wexford Equestrian Centre. Riding Coolsheal Lance, she was one of only two double clears in the three way-jump off ,in a time of 45.73 seconds in the Kehoe Farms sponsored class. Owned and bred by Thomas Hyland, the 10-year-old gelding is by Lancelot and out of the Clover Brigade sired dam, Coolisheal Cruise.

The other double clear was delivered by Wexford’s Jason Higgins and Rincoola Milsean, when they stopped the clock at 45.99. This combination had impressed in Mullingar when taking the runner-up spot in the CSI2* Grand Prix. Rincoola Milsean was bred by the late Harold McGahern and is an eight-year-old gelding by Aldatus Z and out of the Cruising sired dam Rincoola AbuEventer Cathal Daniels had an unlucky four faults with his own Cappog Tomy in 49.71 for third place. The 10-year-old gelding was bred by Tommy Reilly and is by Camiro De Haar Z and out of Cornacassa Ferro.Waterford’s Francis Connors was denied his place in the jump-off, when he incurred a single time fault with CSF James Kann Cruz, but this would later see him take fourth place in the line-up. Owned by Anne Clancy and Mary Gannon and bred by Patrick Connolly, the 12-year-old gelding is by Kannan and out of CSF Telly Cruz. Paul Beecher and Ikona V. T Recht Eind was fastest of the four faulters in the first round, clocking 86.60 for fifth place. Owned by Paul’s wife, Seryna Van Kuelen, the 13-year-old Belgian bred mare is by Deauville De La Vi and out of Butterfly Vd Ruitershoeve.Sixth place was occupied by Wicklow rider Brendan Murphy and the Ashley Stephens owned PNP Rocco, when they had four faults in 86.88. Also a 13-year-old gelding, he is by Chaco and is out of Farney Clover.