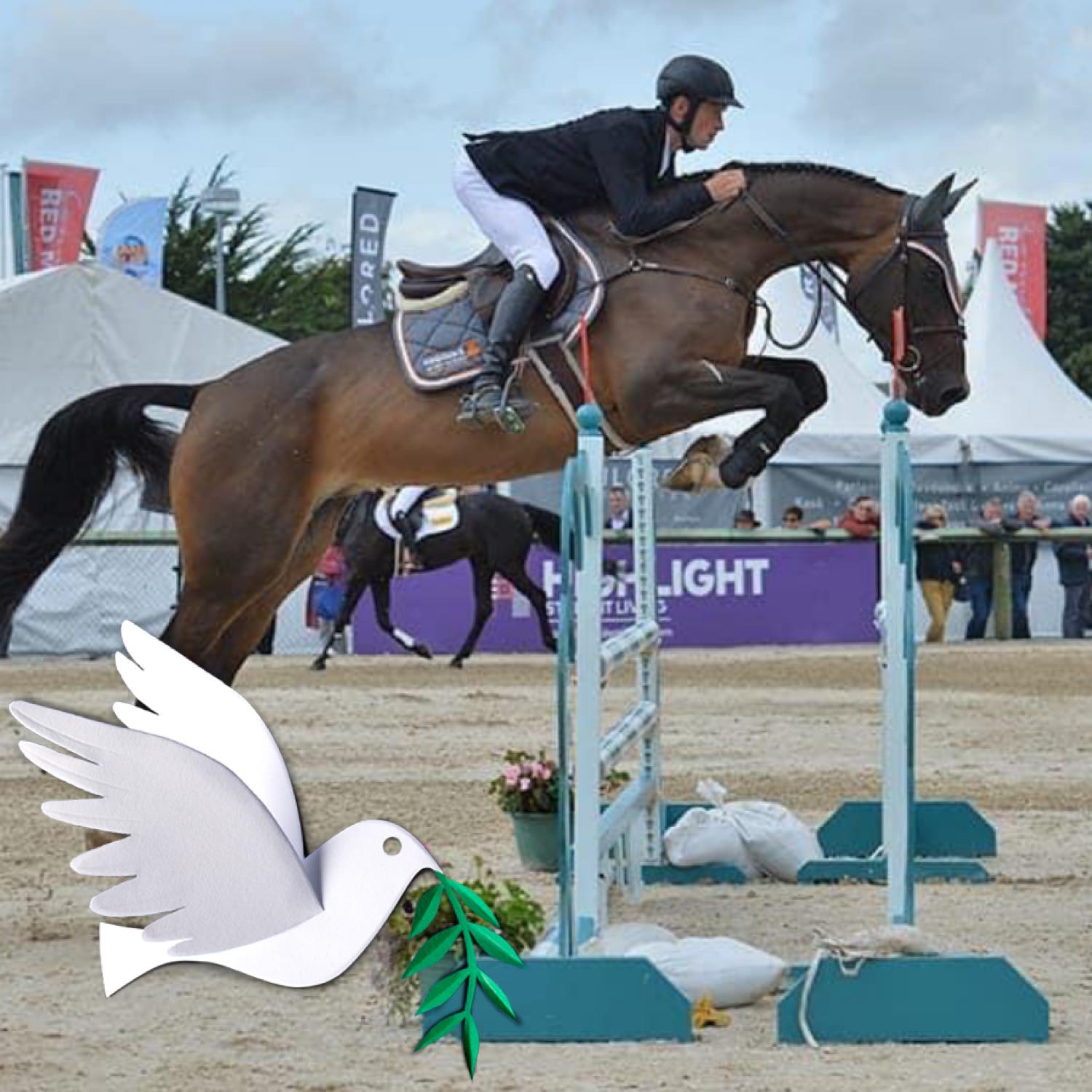 Posted at 20:48h in Uncategorized by Emer Bermingham
Share

It was another good weekend for Wexford’s Jason Higgins as he took the runner-up spot in the GAIN Alltech National Grand Prix in Wexford today (12th June). Higgins, who was riding his own Rincoola Milsean was narrowly defeated by Gemma Phelan and Coolisheal Lance. Just two double clears were delivered over the John Doyle- designed course. Higgins came home in 45.99, while Phelan was just fractions ahead, clocking 45.73 seconds. It has been a good few weeks for Higgins and Rincoola Milsean who also took the runner-up spot in the CSI2* Grand Prix in Mullingar. Rincoola Milsean was bred by the late Harold McGahern and is an eight-year-old gelding by Aldatus Z and out of the Cruising sired dam Rincoola Abu.

Kildare eventer, Cathal Daniels had an unlucky four faults with his own Cappog Tomy in 49.71 for third place. The 10-year-old gelding was bred by Tommy Reilly and is by Camiro De Haar Z and out of Cornacassa Ferro.Waterford’s Francis Connors was denied his place in the jump-off, when he incurred a single time fault with CSF James Kann Cruz, but this would later see him take fourth place in the line-up.Paul Beecher and Ikona V. T Recht Eind were fastest of the four faulters in the first round, clocking 86.60 for fifth place. Wicklow rider Brendan Murphy and the Ashley Stephens owned PNP Rocco took sixth place, when they had four faults in 86.88. The gelding is a 13-year-old by Chaco and is out of Farney Clover.