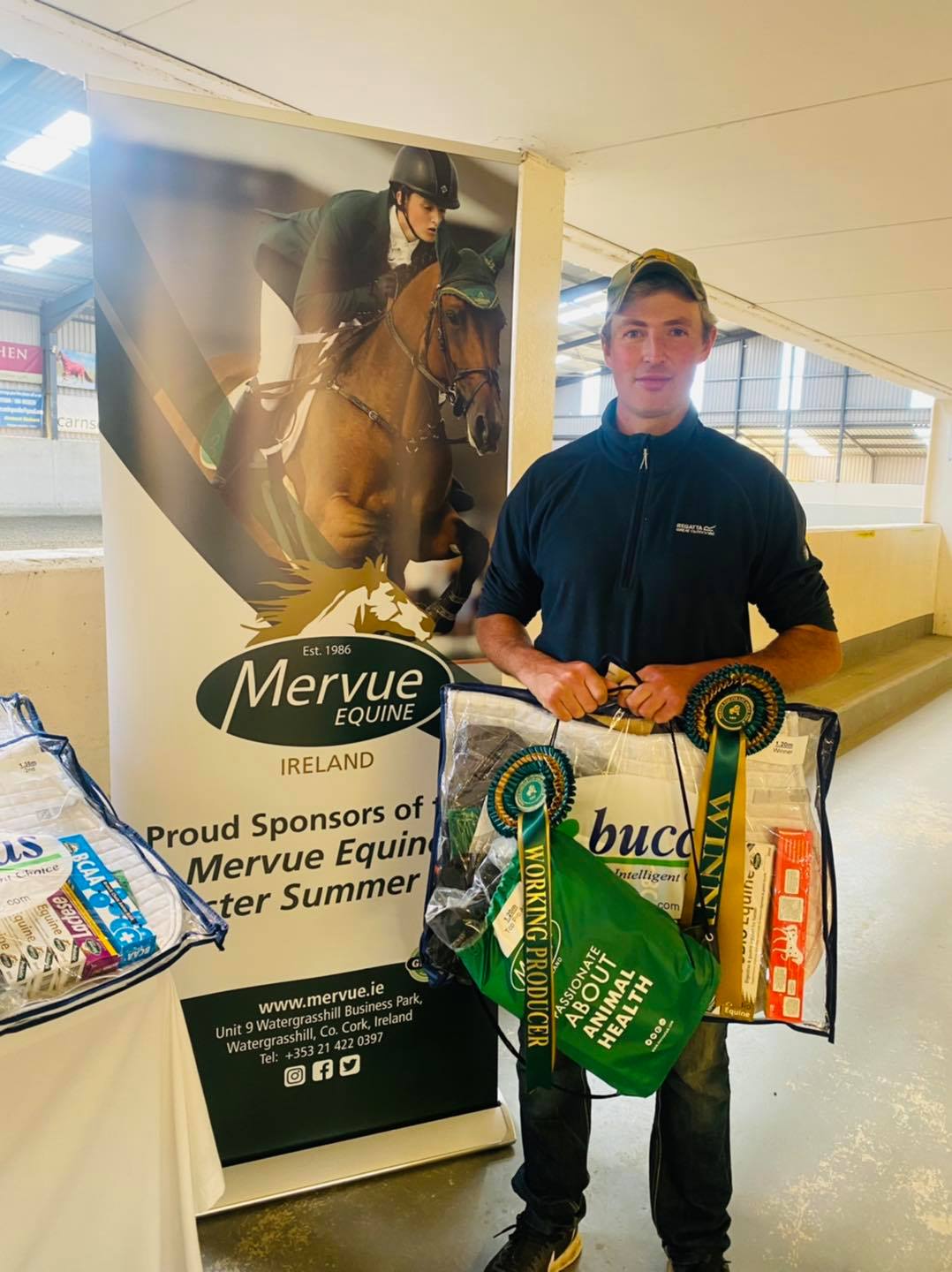 Carlow rider Aine Kavanagh emerged victorious in the 1.10m Mervue Equine Leinster Tour today in Wexford Equestrian (12th June). Riding the 11-year-old mare Market Angel, she answered all the questions in a time of 32.71. Resident rider Taylor Peare and Lissyegan were fractions behind in 33.29 for second, ahead of Mary Fitzgerald and Dante Della Caccia, in 36.95 seconds. Fellow Wexford amateur rider Hannah McNiven came home with nothing to add aboard Hey You in a time of 38.01 for eventual fourth. Amateur rider (AA) Gerard Curtin and Cruise For Life, left nothing to chance as he galloped home in 39.71 for fifth place. Wicklow rider, Eve Hedderman and Gomina also kept the poles in place, albeit in a time of 40.23 for sixth.

Amateur rider Gerard Curtain came out on top in the 1.20m division when he put in a foot perfect round with Walking in Paris in a time of 34.41. Curtain also took the leading Working Producer prize of the day. Owned by Curtain and bred by Charles Dullea, the 10 year-old mare is by West Coast Cavalier and out of Lisselton Cruise Two.Local rider Deirdre Doyle was just over a section behind with BLM Authentic Diamond in 35.48 seconds for second place. James Connors Smyth and Heldin opted for the safer options and a clear in 38.44 saw them take third place. Also going the longer route was Gemma Phelan, who delivered a clear with GRC Galaxy in 43.35 for eventual fourth place. Deirdre Doyle was back in the ribbons, taking the fifth place with Kancrusie, clear in 43.94, ahead of Maddie Brennan and Clann Cavaluidam, who crossed the line with nothing to add in 44.96.Young riders picking up league qualifier points on the day were. 1 James connors Smyth2 Maddie brennan3 Aine kavanagh4 Taylor Peare5 Emma kehoe6 Jennifer keuhnle7 Eamon byrne8 Mary fitzgerald