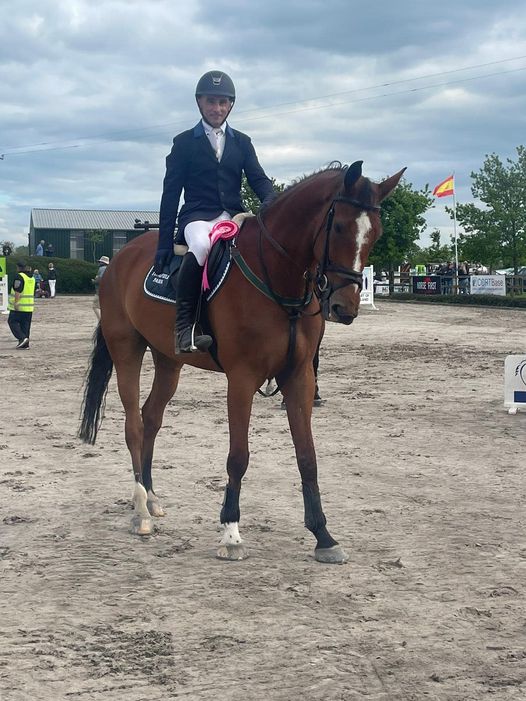 Posted at 16:37h in Uncategorized by Emer Bermingham
Share

Wexford rider Jason Foley took the runner-up spot in the CSI2* 1.45m Grand Prix at Mullingar CSI 2* behind Greg Patrick Broderick and Gradje O. Higgins who was riding his own Rincoola Milsean, delivered a clear in 44.84 seconds, almost for seconds slower than the winner, who stopped the clock in 40.80. Rincoola Milsean is an eight-year-old gelding and was bred by the late Harold McGahern and is Aldatus Z x Cruising. Kildare rider and National Grand Prix Champion, Derek Mc Connell proved out of luck when he had two down in the second round with Sorcha Hennessy’s Dothraki Warlord 46.66, but a fast time ensured him fifth place. Bred by Patrick J Kearns and owned by Sorcha Hennessy, Dothraki Warlord is a nine- year-old gelding by Mermus R (KWPN) out of the Diamant De Semilly (SF), sired dam, Tiamo Diamant (SF). Mc Connell has produced Dothraki Warlord for Tom and Sorcha Hennessy from a three-year-old and have had a successful partnership. The combination finished second in the five-year-olds in Dublin Horse Show and as a result went on to compete in World Breeding Championships in Lanaken.