Dublin rider Caragh Charlton, part of the victorious Irish U18 team at Weirden 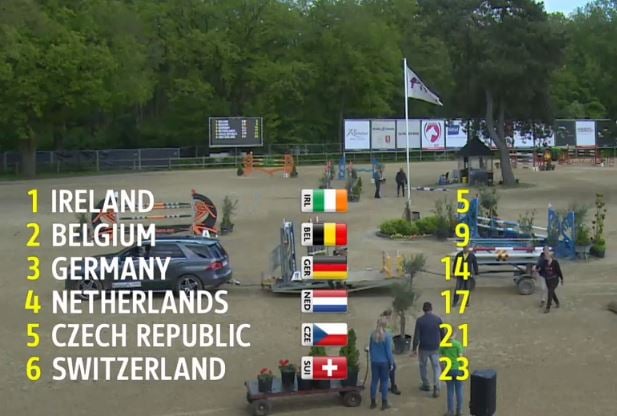 29 May Dublin rider Caragh Charlton, part of the victorious Irish U18 team at Weirden

Posted at 20:55h in Uncategorized by Emer Bermingham
Share

A brilliant performance from the Irish U18 (Junior) Show Jumping team of Max Wachman, Ella Quigley, Caragh Charlton and Tom Wachman, managed by James Kernan, saw them claim a superb victory in a hotly-contested Nations Cup today (Saturday) at Wierden in The Netherlands.

Max Wachman got Ireland off to a perfect start to round two when he completed a double clear round – one of just two riders to do so in the competition. A clear from Ella Quigley with Horinde H then put Ireland into the outright lead and when Cara Charlton lowered just a single fence when second last to go, Ireland could not be beaten. Ireland finished on a two round total of five faults to finish a fence ahead of Belgium in second while Germany finished third of the 11 teams that took part.