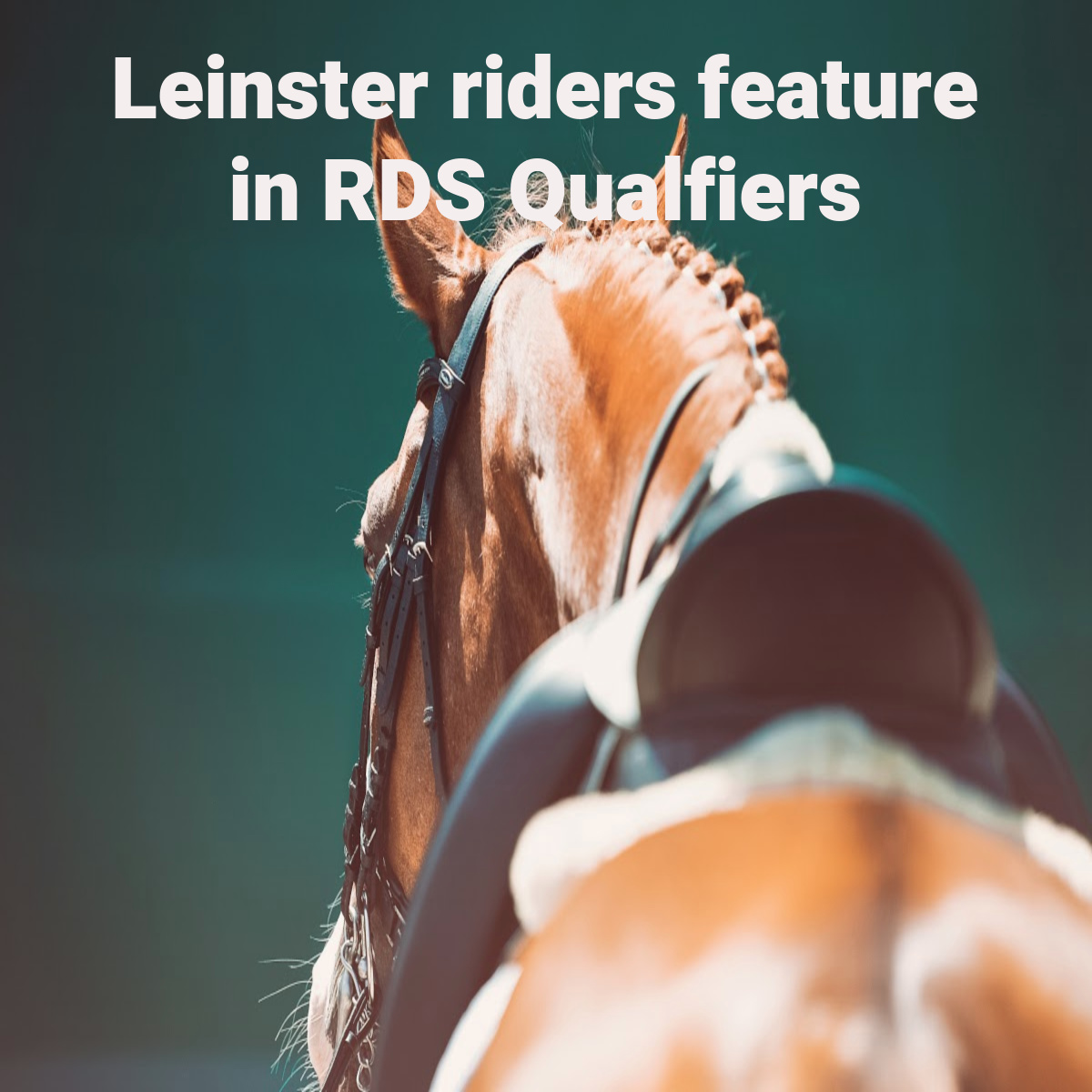 Posted at 08:40h in Uncategorized by Emer Bermingham
Share

Leinster riders made their presence felt in the first round of the Horse RDS Qualifiers in the Meadows today 26th May.

In the four-year-old category, Kildare’s Daniel Fitzgerald emerged victorious when he finished on a score of 79 aboard Queen of Dancing BW. Owned by Niall Carey and bred by Ballywalter Bloodstock. The mare is by Emerald Van’t Ruytershof and out of Dancing Queen Z. Wexford rider, Sophie Richards took second place with the Maurice Cousins owned, Make Me Happy, finishing on a score of 78. The gelding, which was bred by Sean Hurley is by Dignifield Vant Zorgvliet and out of Temple Vend. Wicklow rider Michael Daly took third place when he finished on a score of 77 on Boleybawn Alton. Owned by Ronan Rothwell, the gelding is also by Dignified Van’t Zorgvliet and out of Arina. Kilkenny’s Aylward finished in fourth place with ESI Indigo, finishing on a score of 75. Owned by Clare Hughes and bred by Ennisnag Stud, the stallion is by Dakar VDL and out of ESI Paris. Fellow Kilkenny rider, Vincent Byrne took sixth place with the Freestone Farm owned ESI Paris, when awarded a score of 74.50. Bred by Sumas Stud, the gelding is by Tyson and out of Sumas Fanny Price.

Best of the Leinster riders in the five-year-old division was Kilkenny’s Tholm Keane, claiming third place with DSH Lucky Junior. The combination was one of nine triple clears in 42.93. Owned and bred by Seamus Drea, the gelding is by BBS McGregor and out of Dshlyi. Sophie Richards also featured in this line-up, claiming fourth with her own Pablo C (ISH), when clear in 43.19. This gelding was bred by Jordan Campbell and is by Pollux De Muze Z and out of the Pacino sired dam, Chino C. Maria Vozone partnered the Helen O Regan & John Hoyne owned HHS Disney (ISH) into fifth, when they kept all the poles in place in 44.36. Bred by Marion Hughes, the mare is by Diamant de Semilly and out of HHS Fortuna. Bravo Hughes took another place in the line-up, when Carl Webb partnered HHS Rose to a clear in 44.46. Bred by Miguel Bravo, the mare is by Lamm De Fetan and out of HHS Forty.

National Grand Prix Champion, Derek McConnell, and the Sorcha Hennessy owned Inlaws Manolo were best of the Leinster riders in this competitive division, taking fifth place. The combination put in a foot-perfect round in 47.96. Bred by Tomas Hester, the gelding is by Corland and out of Helena De Va Lie.

In this division, two Leinster riders featured in the line-up. The highest placed of those was Paul Carberry and his own Calcord, who was one of 10 triple clears in 34.78. bred by Steffens Susanne, the gelding is by Calido 1 and out of Toskania. Vincent Byrne and HW True Blue slotted into fourth place, when they crossed the line in 35.71. Owned by Hilda Whelan, the gelding is by Plot Blue and out of Warrenstown Lass.

Kilkenny’s Eddie Moloney was pipped at the post in the eight-year-old division when he delivered a clear with Temple Alice, in 40.76 seconds. The winner, Abbie Sweetnam and Brown Star Z, clocked 40.41. Derek Mc Connell returned to the line-up, this time taking fourth with the Sorcha Hennessy owned Dothraki Warlord, clear in 43.92.