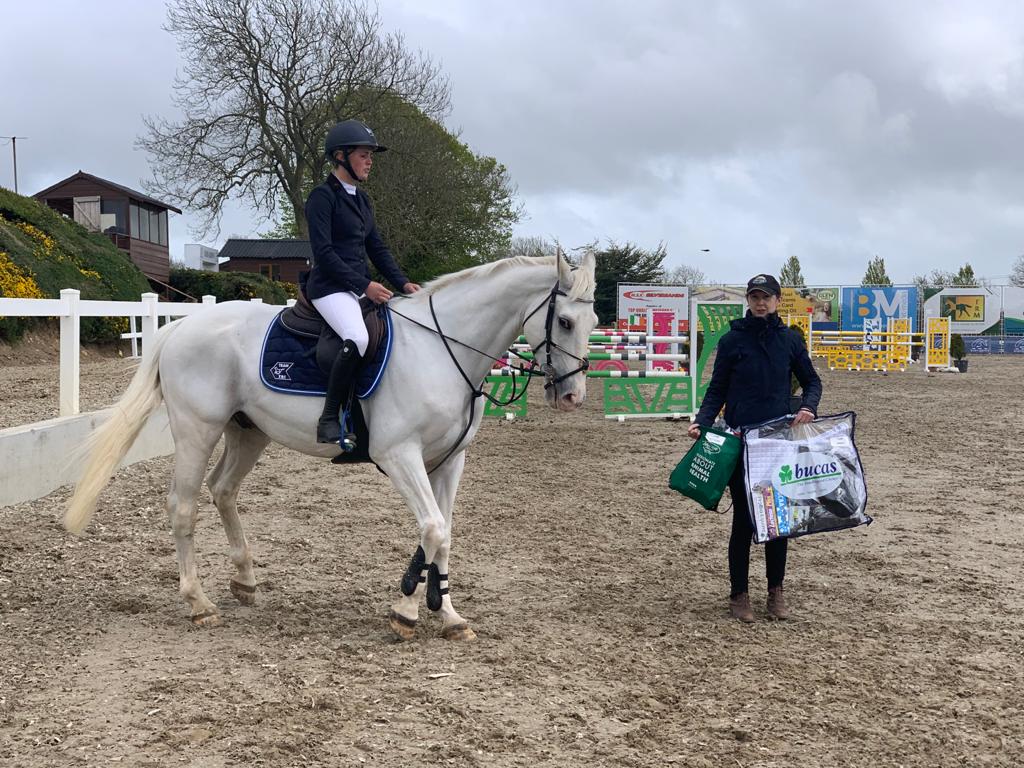 It was a good weekend for Limerick’s Robyn Moran as the young rider took the honours in the opening round of the Coolmore Stud sponsored 1.20m and 1.10m Mervue Equine Leinster Summer Tour in Barnadown Today. Moran took both rounds on European Cruise, which is owned by her father Brian. He is a ten-year-old gelding by Cruising and out of Quel Hero De Muze sired dam Hortensia De Litrange. Read the full report on the Leinster Showjumping website.

Moran has certainly been on form this season as she finished runner-up in the recent TRM Showjumpers Club Spring Tour. Just 18 years-old she combines showjumping with her studies in University of Limerick. She is trained by her father Brian, who also has had much success in the ring. In the 1.20m she was almost a second faster than her closest rival Nicola Fitzgibbon (Grenada K), clocking 26.07. In the 1.10 she also pipped Nicola Fitzgibbon and Grenada K to the win, when clocking 30.03.

The 1.20m division proved very competitive with 39 combinations maintaining clean sheets. Riding European Cruise, Moran rode to victory when clocking 26.07. Nicola Fitzgibbon was less that a second behind with the Ciara Horan owned Grenada K, when she clocked 26.50.  Robin Carey was also kept the poles in place, albeit in a time of 27.78 for third place. There was very little between the next placing as Tomas Doyle and the Marti Rudd own Monbeg Sunny Spells clocked 27.98, ahead of Kristin Kavanagh and Kilmullen Argentino in a time of 29.05. Linda Murphy also stayed within the 30 second mark with her own Kilmullen Argentino in 29.18 for sixth place.

Moran took her second win of the day in the 1.10m division.  Again, European Cruise the Limerick rider clocked 30.03 seconds. This  division was well supported with 91 combinations battling it out. Nicola Fitzgibbon took the runner-up place with Grenada K, when she clocked 31.49. Last years winning young rider, Kirsti Connole also featured in the line-up slotting into third with Zazu Van Terhofstede, when clear in 32.54. Last years over all champion Paddy O’ Donnell, who was riding Angela Lynch’s Seefin Surprise, took fourth place when clear in 34.07. Jessica Phelan was a half a second behind O’ Donnell with Easter Hero, clocking 34.37 for fifth. Completing the top six line-up was Marie Hartley and Nikita Van Het Heidenhof.