Start Lists for Flavour of Fingal Show at Donabate this Saturday.  You take M1 and exit at Donabate.  International Course Designer just back from Spruce Meadows in Canada is the resident course designer.

Pony entries on field on Sunday.  Have a great show.

Leinster are fortunate to have a beautiful new venue this season, Newbridge House, which will host the Mervue Equine Leinster Summer Tour 1.35 this Saturday.

Ponies are well catered for on Sunday with a Glencarraig Lady League, all the Leinster Qualifiers which will gain points for the Leinster Championship in September.  Entries on field.

If you need a break from Qualifiers and would like a good day’s jumping under the watchful eye of Tom Holden, Newbridge House is the place to be on either Sat 23rd June for Horses or Sun 24th June Ponies. 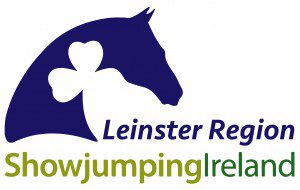