Report on first leg of Mervue Equine LST at Barnadown 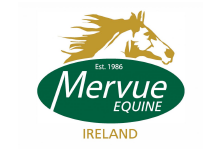 The Mervue Equine Leinster Summer Tour got off to a great start last weekend, with all three divisions well supported in this opening round.

Taking the win in the 1.35m division was Waterford native, Paddy O’ Donnell. Riding Minority Report, he took home the lion’s share of the €2,000 in the Cooper International Horse Transport sponsored class. O’ Donnell lodged the winning round of clear in 36.05 seconds.

Owned by Joanna Rimmer, the 16- year-old gelding Minority Report previously had a successful career in eventing in the UK, before returning back to Ireland to compete in the showjumping arena.  Under O’ Donnell’s command, the combination have clocked up a host of national and international results.

Claiming the runner-up spot was Matt Garrigan and MHS LA Scala, when they clocked 36.30. Garrigan also finished as the leading young rider of this round.

Marion Hughes and HHS California kept all the poles in place in a time of 37.17, for third place, while fourth place was occupied by Philip McGuane and Antigone Gravelotte, who delivered a clear in  37.93.

Vincent Byrne’s clear with Mr Rockefeller in 38.74 saw him slot into fifth place, ahead of Joanne Greene and CSF Vinz, clear in 39.18.

Winner of the pro am section was local rider Deirdre Doyle and the best turned out horse was Dollanstown.

National Young Rider champion Jack Ryan took the win in the 1.20m division, when he partnered Sandballin to a clear in 27.24 seconds. Ryan was chased home by Suzanne Posnett and Karmijn, who also recorded a clear in 28.67. In third place was Ciara Desmond and Disco Volantee, clear in 28.75, while Lindsay Graham and Graf After Eight’s, clear in 28.83 saw them slot into fourth. Eddie Moloney partnered Karima Flight to a clear in 29.26 for fifth, while sixth place was occupied by Rosalie Biedron riding LVS Wizard, who was also clear in 30.76.

Jack Ryan took the honours in the new 1.10m division. Riding Sandballin, he crossed the line clear in 26.30, to clinch his second victory of the day. Daniel Fitzgerald took the runner-up place with Caricell Supercharge, when clear in 27.05. In third place was Shaunagh Thomson and Garrison OBOS, clear in 28.34. It was a good day for Daniel Fitzgerald, as he filled the next two placings. His fastest round was delivered on Emoe Jell O, when clocking 28.73 and 29.84 with Guess. Catherine Dunphy and Eden took sixth place, when clear in 30.74