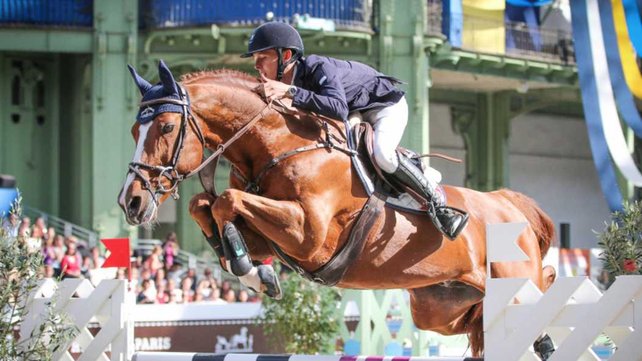 An excellent performance from Wexford’s Bertram Allen and Izzy By Picobello saw them finish as runners-up in today’s five-star €155,000 Land Rover Grand Prix at Bordeaux in France.

Allen was among a world class line-up of seven riders who jumped clear in the opening round to set up what proved a hugely competitive jump-off that delivered six double clear rounds. Allen was last to go with Izzy By Picobello, and despite the gelding being just a nine-year-old, they produced the second fastest clear round (36.38), coming home just under a second behind Belgian winner Pieter Devos with the 12-year-old gelding Apart (35.49).

Allen collected €23,000 for his runner-up finish, while he had the added bonus of being crowned leading rider of the five-star show after a string of prize-winning results. German legend Ludger Beerbaum had to settle for third place behind Allen in the Grand Prix with Chaman (36.46), while Penelope Leprevost was the best-placed French rider in fourth aboard Ratina d’la Rousserie (38.03).