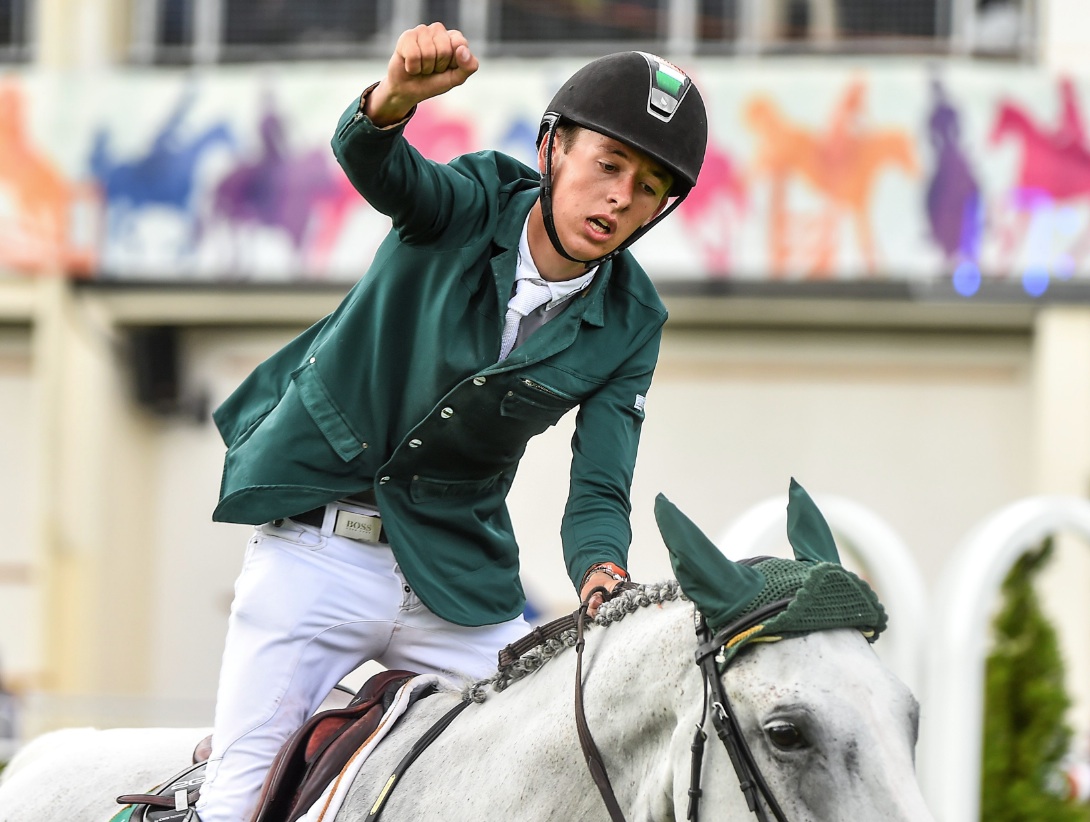 Posted at 16:53h in 2015, International by Maureen
Share
Allen Takes Third Place in France
IRELAND’s Bertram Allen steered nine-year-old gelding Belmonde to third place in the this morning’s (Saturday) opening event at the five-star show in Dinard, France.
The Wexford rider was one of only seven of the forty starters to make it through to the jump-off, but incurred four faults in the decider in which only two riders posted a second clear round.
American Kent Farrington on Willow took first place from Belgium’s Gregory Wathelet riding Riesling Du Monselet. Allen’s time was fastest of the four-faulters and earned him a top three finish.
Four faults in the opening round ruled out both Billy Twomey with Ardcolum Duke and Darragh Kenny on SIEC Ledgepoint