Coilog Equestrian is this weekend’s leg of the Leinster Summer Tour and Pegus LST(1.35) 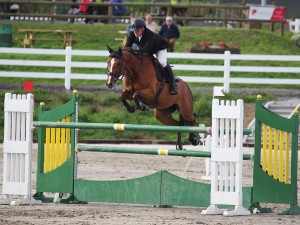 The Pegus Leinster Summer Tour moves to Coilog In Co Kildare on Sunday, with a huge start-list of 66 horses and riders declared for action, including Co Longford’s Robert Harrison and Holly Castleforbes who won last time out at Mullingar.
The packed entry list includes many of Ireland’s top riders, with Nicola FitzGibbon, Eddie Moloney, Marion Hughes and Eventing Olympian Michael Ryan among the starters.
The Coilog Pegus LST sponsored by Pegus Horse Feed and Coliog Catering 4U is part of a full programme of jumping at the Kildare venue, which includes competitions from 1meter to 1m35 along with an LST Amateur class.
Further information is available on 045 860452

A WEEKS TRAINING WITH CIAN O’CONNOR

The top young rider in the Pegus LST(1.35) will receive a weeks training with their own horse at his Karlswood Stables in Co. Meath.  We wish to thank Cian O’Connor for his continued support of the Leinster Summer Tour.