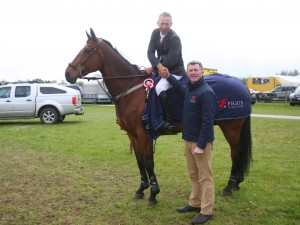 Dermot Lennon will be at Bolivor this Sunday – Why not come and see our former World Champion Compete!

A FUN DAY IS PROMISED FOR ALL THE FAMILY

The Pegus LST(1.35) tour moves to Bolivor Horse Show in Co Meath this Sunday.  Classes for all the family will be held at the show

One of Ireland’s longest running Horse Shows takes place this weekend, as Ballivor Show in Co Meath features a packed programme of Horse and Pony action on Sunday.
Jumping kicks off in the main arena with the Leinster Summer Tour 1m20 with a massive €2,000 on offer in this competition alone.
The fourth round of the Pegus LST will follow, with a large start list expected as riders bid for league points in the battle to see who will be crowned Pegus champion at the end of the season, with Galway’s Sven Hadley riding Carla claiming victory in the last round of the Pegus LST at  Ravensdale in Co Louth.
Ballivor will also host a round of the TRM/Horseware National Grand Prix league, with many of Ireland;s top horses and riders expected to line out with a €4,000 prize fund on offer.
Qualifiers for the Dingos Amateur series and the very popular Glencarraig Lady League for ponies are just some of the other competitions on offer, at a show which will cater for all grades of competitors. Ballivor will also host Showing Classes, Side Saddle and Working Hunter competitions on what promises to be a busy day of equestrian action. 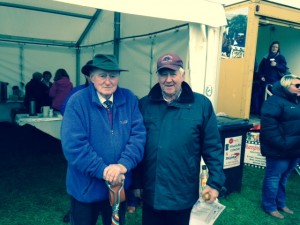